Distributed IIoT applications face unique challenges that need to be considered when choosing the development platform for an edge gateway. Consider the example of a digital oil field, which is usually located far from civilization and includes many oil wells scattered over thousands of acres to pump underground petroleum to the surface. In order to provide predictive maintenance, real-time monitoring, alarm notifications, and other add-on value in a digital oil-field application, all the information from numerous oil wells, pipelines, and other processing facilities needs to be collected and transferred to a public or private cloud server for big data analysis. Besides the aforementioned mission-critical hardware requirements, edge gateways in digital oil fields and other distributed IIoT applications also require an operating system that addresses the challenges of distributed application development.

Fortunately, new industrial Linux platforms can address the challenges plaguing distributed IIoT applications by providing an open-software platform specifically designed for industrial automation. However, many of these are open-source initiatives that are supported by many different vendors and vary substantially from each other. As a result, it is important to choose an industrial Linux distribution that genuinely satisfies the following requirements for edge gateways in distributed IIoT applications.

Modern embedded systems are capable of running multipurpose Linux operating systems on edge devices, including IIoT gateways. The ability to support multipurpose functions enables IoT developers to focus on business outcomes and bring applications to the market even faster. In addition, choosing an industrial Linux operating system based on Debian, the most popular Linux distribution for IoT developers, can also speed up time to market by providing a familiar platform for developers to start adding on value. 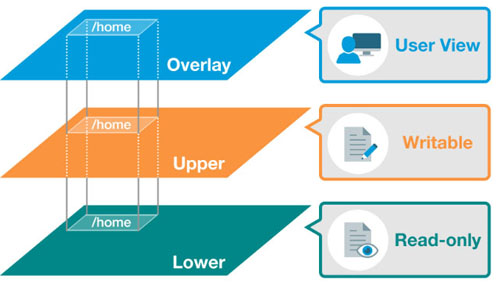 Because edge gateways are located at remote sites, it is difficult for administrators to upgrade the application and system software in the field. Remote firmware upgrades over cellular, Wi-Fi, or another type of wireless network provide the most practical way to overcome this issue. Debian systems in particular support a simple software upgrade mechanism called Advanced Package Tool (APT), which has a central repository of over 25,000 software packages ready for remote download and installation. Developers can even package their own security patches, bug fixes, or new application software in the APT format and provide the APT package to a central server, such as the device management server, to perform firmware upgrades over the air.

The industrial Linux platform should have a built-in secure boot process to protect mission-critical data. Secure boot requires a CPU that supports either IBM eFuse or Intel Boot Guard technology. Both of these technologies essentially hard-code critical programming logic onto a chip that cannot be modified after manufacturing. Besides storage protection during the OS boot process, secure boot should also include library protection for application software and binary data. 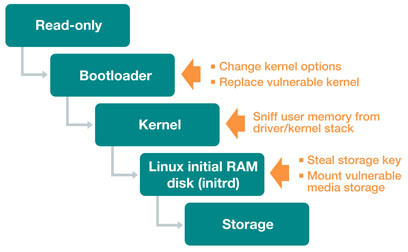 One of biggest concerns developers have about using a Linux distribution is the maintenance and support period. As with standard Linux operating systems, industrial Linux platforms are also open source and may only be maintained by the original developers for about two years. For industrial applications, however, upgrading or migrating platforms after two years is unacceptable. Ideally, IIoT applications should work with a software vendor that provides long-term support for their industrial Linux platform, such as the 10-year support offered by Moxa Industrial Linux, to extend the period of software maintenance and adjust the type and frequency of software updates (patches) to reduce risk, expense, and disruption to software deployment.